XRP price broke out to a new multiyear high on April 13 as a surge of trading volume in the early morning hours continued into mid-day.

Data from Cointelegraph Markets and TradingView shows that XRP registered a low of $1.42 before staging a 34% rally to a high of $1.88. 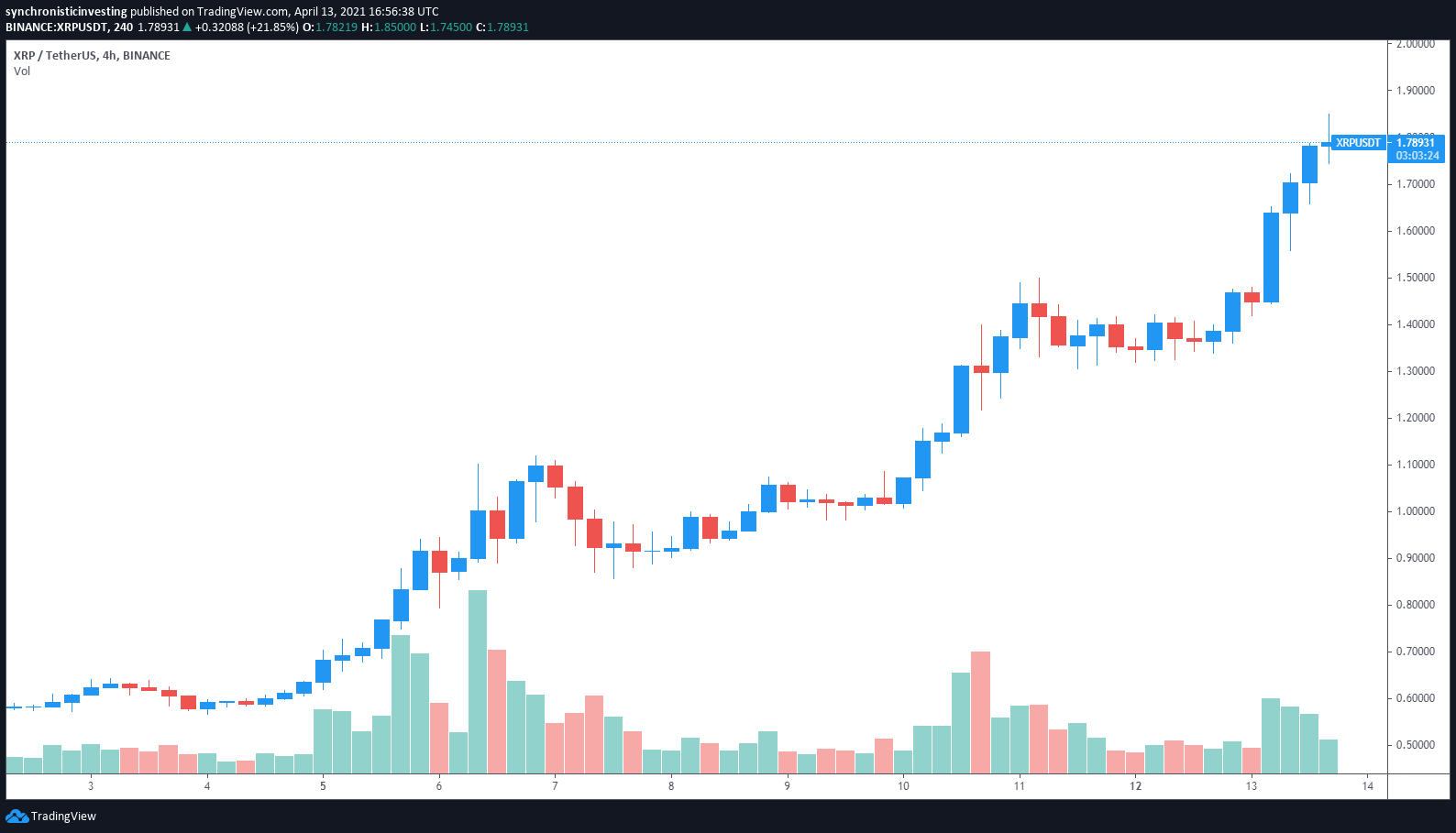 The surge in price comes on the same day as both Bitcoin (BTC) and Ether (ETH) established new all-time highs as mainstream excitement for the cryptocurrency sector is on the uptrend ahead Coinbase‘s direct listing on April 14.

Momentum for XRP has been building over the past couple of weeks thanks to a series of legal victories for Ripple in its battle with the United States Securities Exchange Commission, along with rumors that the token may be relisted on multiple exchanges.

Ripple has also been making a marketing push to tout the various capabilities of RippleNET, including the benefits of its on-demand liquidity that eliminates pre-funding of destination accounts and reduces operational costs.

According to data from Cointelegraph Markets Pro, market conditions for XRP have been favorable for some time. 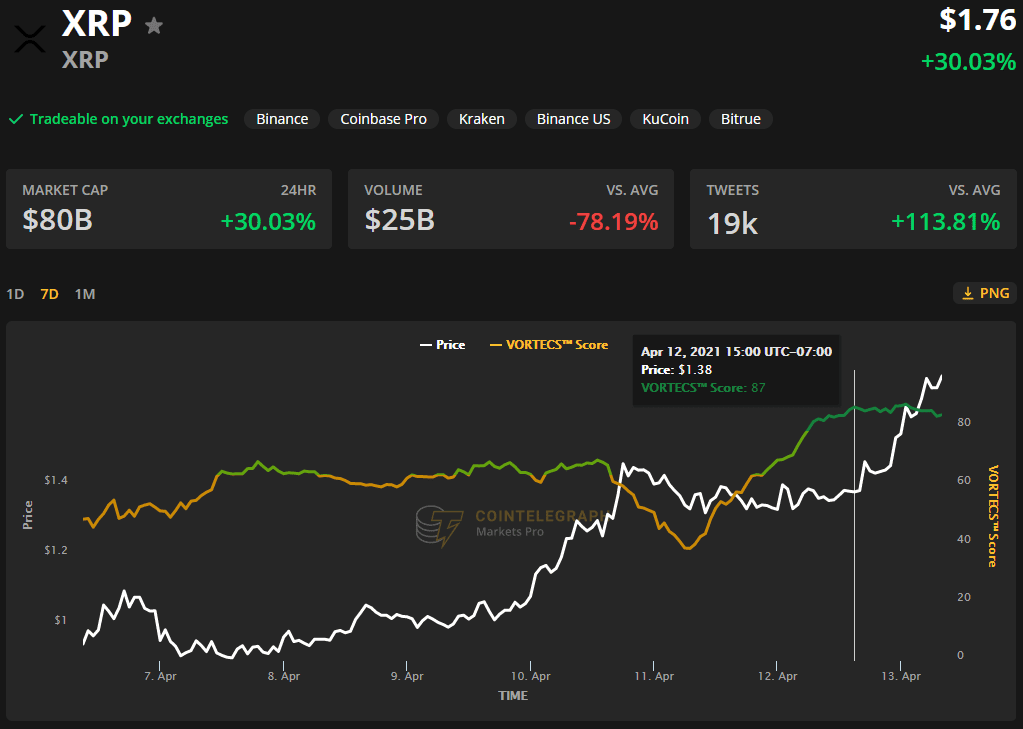 As seen in the chart above, the VORTECS™ Score for XRP began to pick up on April 7 when it first saw green and hit a high of 68 as the price of XRP slowly began to climb.

The VORTECS™ Score again reached a level of 68 on April 9, around four hours before the price increased 83% over the next three days, with a high of 87 coming just six hours before April 13’s price rally.

Stellar’s Lumen (XLM) also saw its price rally 18% on April 13 from a low of $0.576 to an intraday high of $0.678 as the XRP fork continues its pattern of tracking the movements of its predecessor, for better or worse.

Data from South Korean cryptocurrency exchanges shows that traders have begun pivoting away from BTC and ETH to more attractively priced altcoins like XRP and XLM, meaning the rally could just be getting started as retail investors are lured back into the cryptocurrency market.