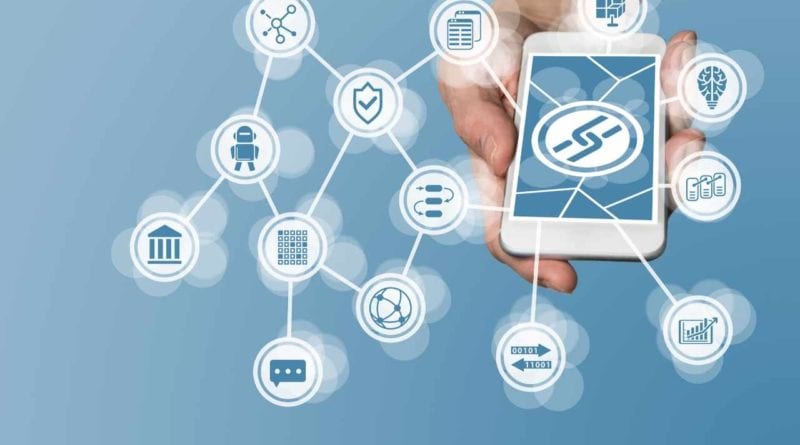 The market capitalization of all cryptocurrencies in existence surpassed $2 trillion on April 5, according to data from Goingecko, led by the impressive growth of Bitcoin (BTC), Ether (ETH) and other altcoins in 2021.

The cryptocurrency market as a whole has become approximately as valuable as Apple, the second-biggest company in the world after Saudi Arabia’s oil giant, Aramco.

The milestone also comes less than three months after the cryptocurrency market surpassed $1 trillion for the first time back on Jan. 7 when the price of Bitcoin was around $33,000.

Will the Ethereum and altcoin bull market continue?

In recent months, several major catalysts have fueled both Bitcoin and Ether to rally strongly to new all-time highs.

Financial institutions, like PayPal and Visa, are beginning to actively support cryptocurrencies, with Bitcoin leading the cryptocurrency market’s uptrend.

In 2021, Bitcoin has faced several short-term corrections but has now consistently remained above $50,000 for almost a month, with low volatility compared with altcoins, preventing both ETH and the altcoin market from seeing a severe pullback.

In fact, Bitcoin’s volatility has dropped to the lowest level since November 2020 as BTC price has been consolidating between $55,000 and $60,000 over the past few days.

In the same period, the price of ETH rallied and broke out against Bitcoin, reaching a new record high above $2,000.

A pseudonymous trader known as “Rekt Capital” attributed the strong performance of ETH to Bitcoin’s consolidation under $60,000. He wrote:

“#BTC is still just consolidating inside this range. It is this consolidation that has helped $ETH breakout to new All Time Highs. #ETH is arguably leading the market whereas $BTC is trying to catch up. Good sign so far is that orange resistance is struggling to reject #Bitcoin.” 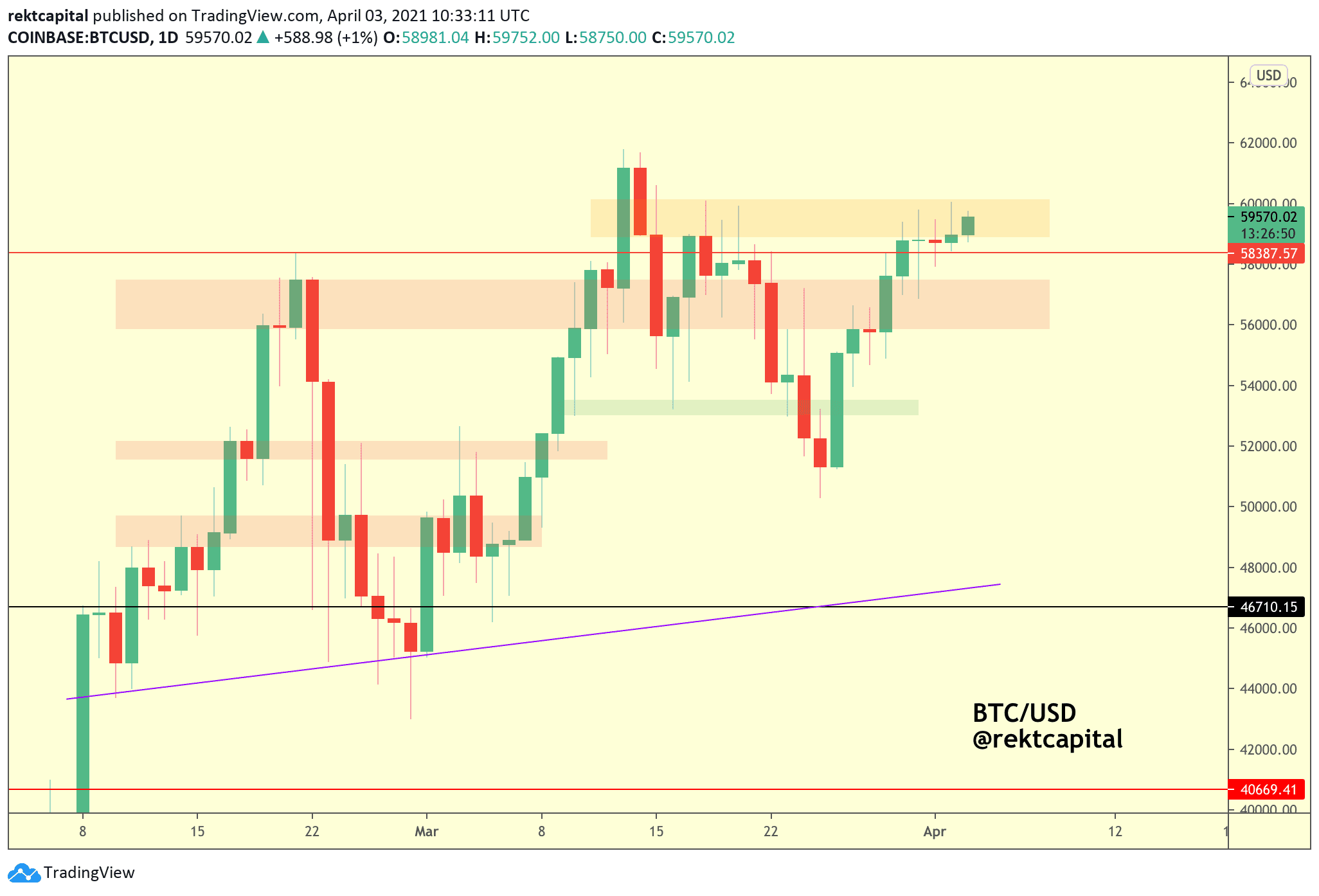 Fund managers and investors in the crypto market are generally optimistic about the short- to medium-term trajectory of cryptocurrencies.

“I know so many people who are just waiting to increase their $BTC $ETH and major Altcoin positions during larger dips and they are surely not the only ones. Bear market is not an option for the foreseeable future.”

As long as the strength of the ETH/BTC pair remains intact and Bitcoin does not see a major sell-off, the cryptocurrency market’s short-term outlook remains highly optimistic for April and into the summer.

Coinbase is expected to be listed on the Nasdaq exchange on April 14, making it a publicly traded company on the U.S. stock market. The company said:

“We’re happy to announce that earlier today, the SEC declared our S-1 registration statement effective and that we expect our direct listing to occur on April 14, 2021, with our Class A common stock trading on the @NASDAQ under the ticker symbol COIN.”

The listing of Coinbase on the U.S. stock market will likely cause the demand for cryptocurrencies to increase because it will attract the eyes of investors in the traditional financial market.

Depending on the performance of the stock, it could also lead exchange tokens such as Binance Coin (BNB), FTX Token (FTT), Huobi Token (HT), SushiSwap’s SUSHI, Uniswap’s UNI and others to rally, mirroring the momentum of COIN.

At the same time, some analysts believe that Coinbase’s IPO may bring major volatility in, if not downward price pressure on, the cryptocurrency market, as the date aligns with a big BTC options expiry date.