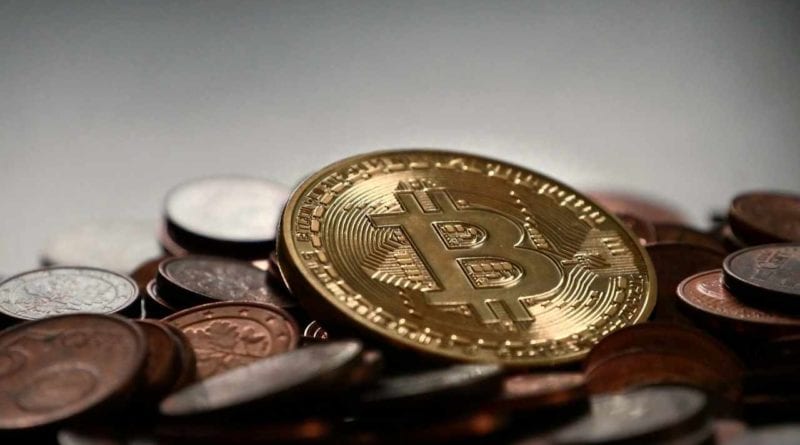 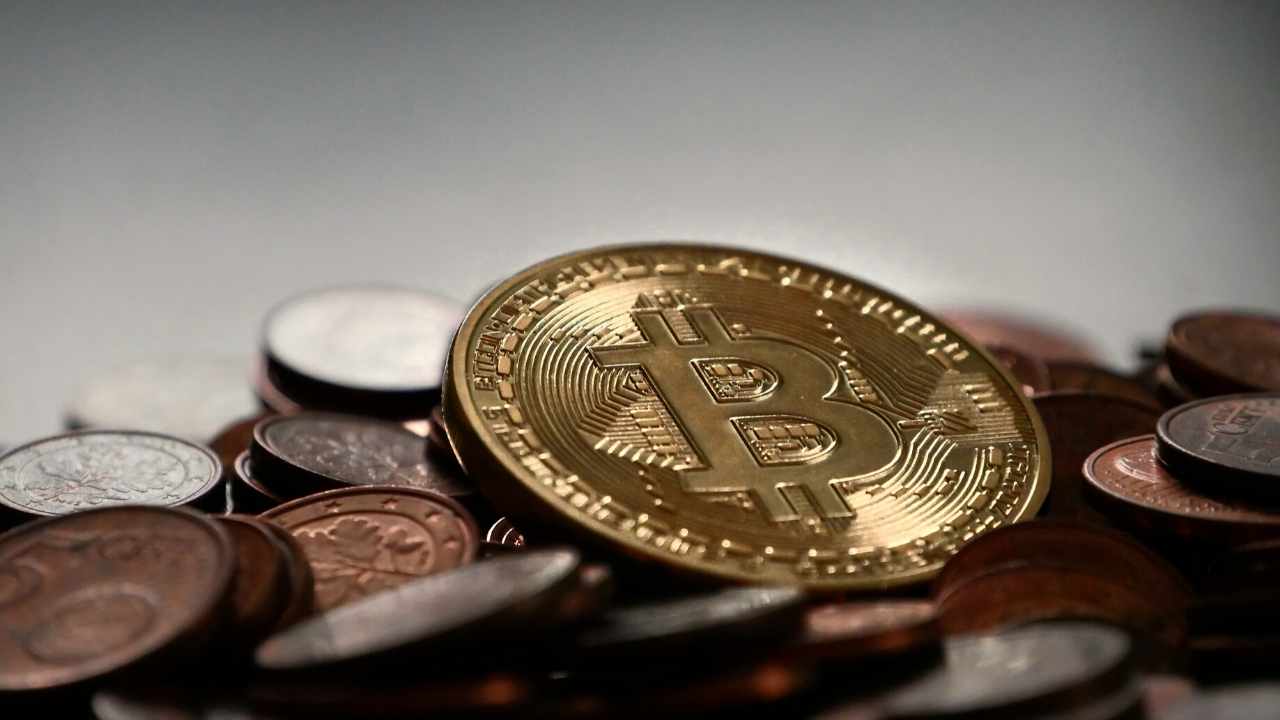 The equity of Ripple, the company that builds the infrastructure around XRP — the digital asset used by networks like RippleNet to process cross-border payments — is reportedly trading at $2 to $3 billion in the secondary market.

Yet, the XRP holdings of Ripple, are reportedly worth $70 billion, which is many times higher than the valuation of the firm’s equity.

Michael Novogratz, the billionaire cryptocurrency investor and the CEO of Galaxy Digital, said:

“Ripple equity is ‘trading’ in secondary market at $2-3bn valuation. The $XRP on their balance sheet is worth approx $70bn. One price seems wrong. If $XRP price is saying settlement coming, the equity is crazy cheap. If not, the token seems expensive. Thoughts?:

So is XRP undervalued? Not exactly

According to Leonidas Hadjiloizou, a long-time cryptocurrency researcher, XRP that is locked in Ripple’s balance sheet are in escrow are likely not priced into Ripple’s equity.

As such, these holdings are not accessible until they start unlocking, which might not be priced in the value of the firm’s equity.

“Well, $62 bn of the XRP in Ripple’s balance sheet is locked in escrow. At the same time, Ripple’s XRP sales are the ones under attack from the SEC so the market probably hasn’t priced in Ripple’s XRP holdings since they are in limbo right now.”

In December 2017, the Ripple team explained that the XRP holdings in Ripple’s escrow unlock by one billion XRP per month for 55 subsequent months.

The team said at the time:

“The escrow consists of independent on ledger escrows that release a total of one billion XRP each month over the next 55 months. This provides an upper limit on the amount of new XRP that can be brought into circulation. The amount of XRP actually released into circulation will likely be much less than this.”

Theoretically, the value of Ripple’s equity would be considered undervalued if the amount of XRP on the firm’s balance sheet unlocks and the price of XRP does not drop.

The question on the discrepancy between the value of Ripple’s equity and the amount of its XRP holdings started to emerge as the price of XRP started to rally above $1, despite an ongoing lawsuit with U.S. Securities and Exchange Commission (SEC). 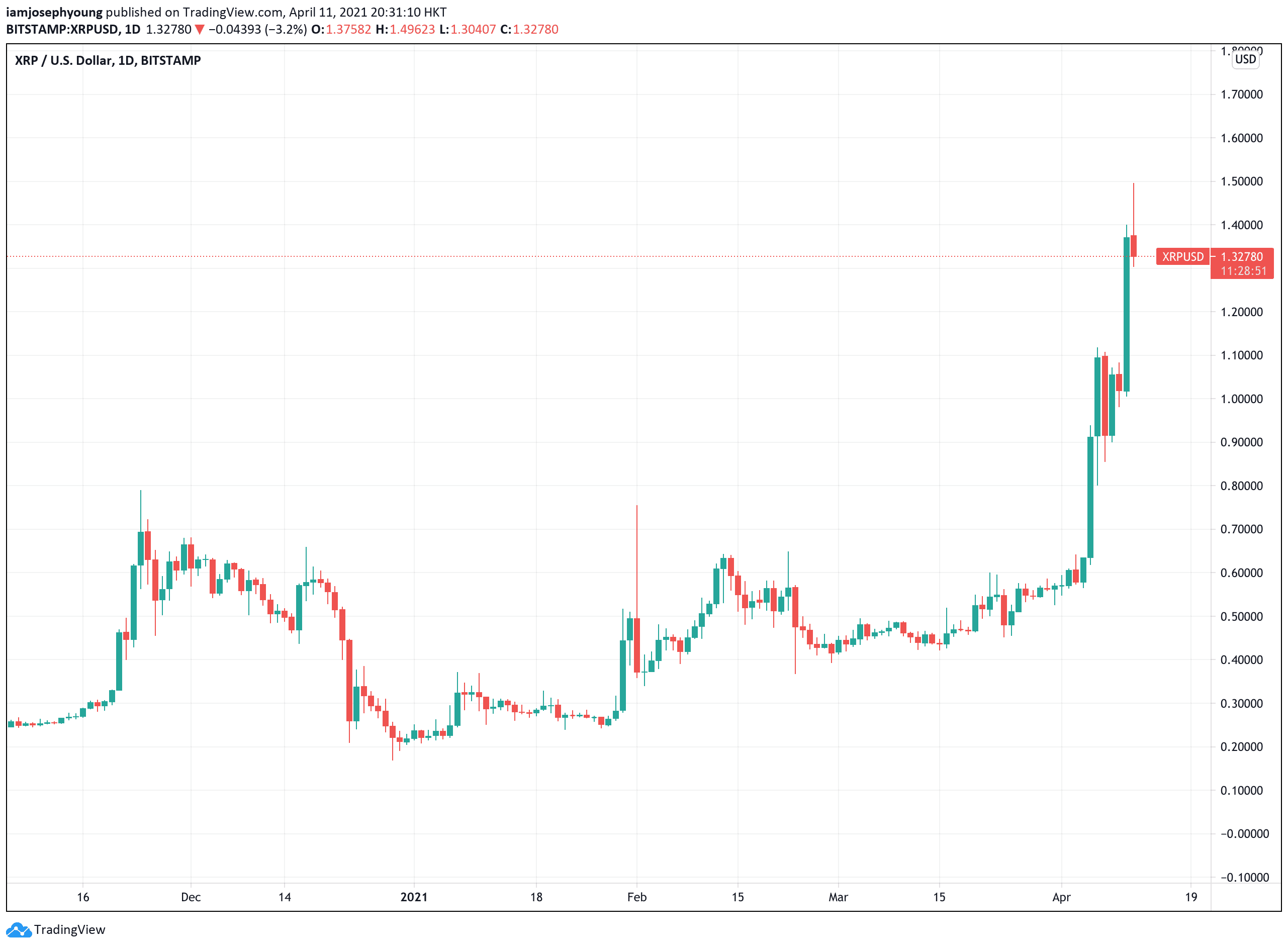 What is behind the XRP rally?

Throughout the past two weeks, the main catalysts for the 160% rally came from victories in the company’s legal battle. Ripple lawyers were granted access to internal SEC discussion history regarding cryptocurrencies, and a court denied the SEC the ability to disclose the financial records of two Ripple execs, including CEO Brad Garlinghouse.

Another reason may be the convergence trade between Bitcoin (BTC) and altcoins, particularly as BTC sees sideways price action, allowing alternative cryptocurrencies to rally and catch up.

Kelvin Koh, the managing partner at Spartan Group, one of the largest DeFi-focused funds in Asia, said that large quant funds try to trade the convergence between Bitcoin and major altcoins.

Hence, the trend of capital moving into altcoins and back into Bitcoin occurs periodically. Koh wrote:

“The reason this happens periodically is because there are a bunch of quant funds out there that play the convergence trade between $BTC and a handful of liquid alts. Whenever there alts look cheap relative to $BTC, they pile in. When they look expensive, they rotate back to $BTC. No fundamentals involved so don’t try too hard to rationalize the moves. This strategy has proven effective over time and there are enough managers playing this that it becomes self-fulfilling and keep recurring.”Title: Why is XRP seeing a monster rally when Ripple is worth just $3B on the secondary market?
Sourced From: cointelegraph.com/news/why-is-xrp-seeing-a-monster-rally-when-ripple-is-worth-just-3b-on-the-secondary-market
Published Date: Sun, 11 Apr 2021 15:00:00 +0100