One telltale sign of a growing altcoin season is when obscure and lesser-known projects start putting on face-melting gains as traders scramble to jump on the rising price. 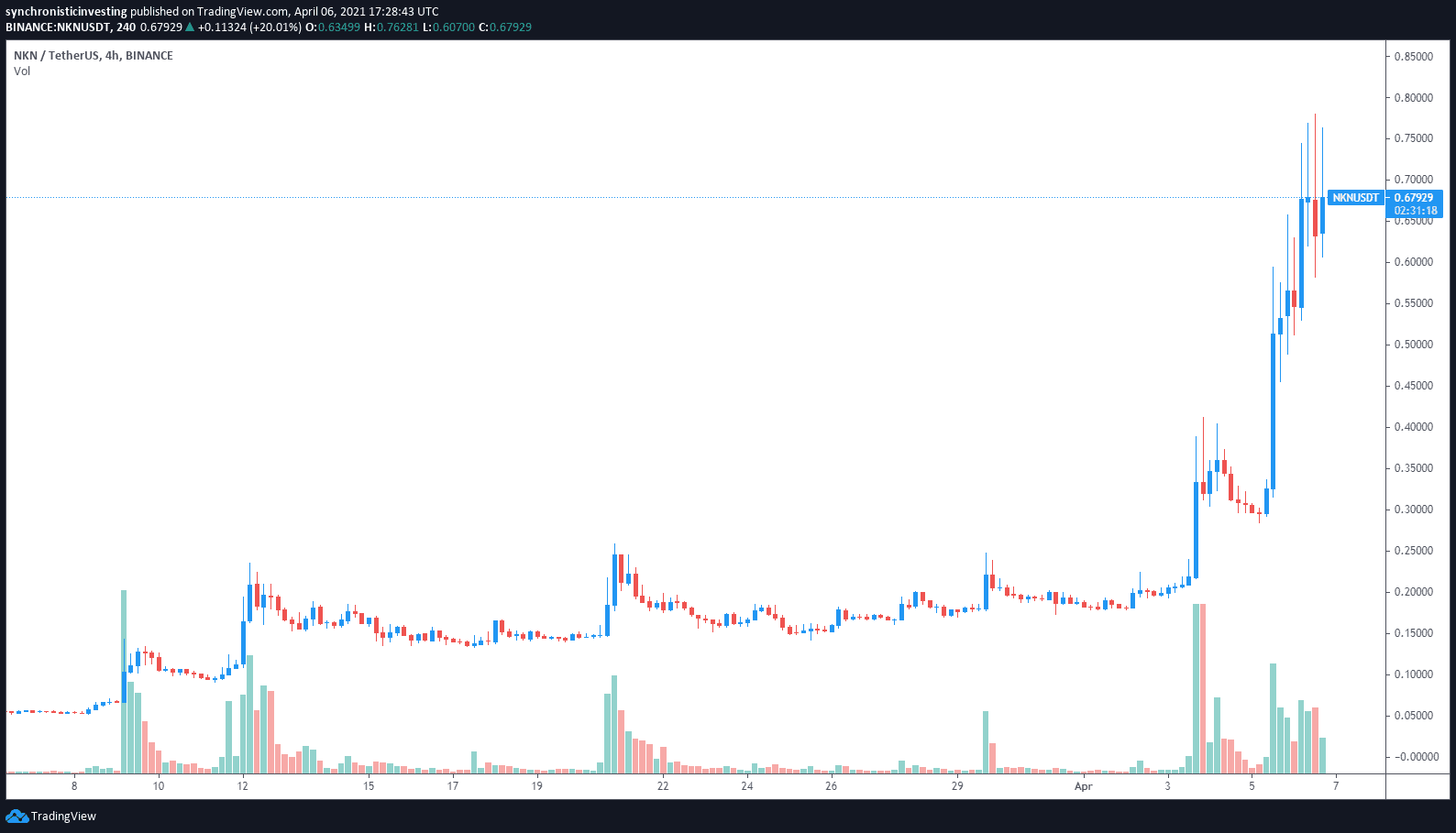 The price action for NKN really began to pick up following Binance’s March 11 announcement that NKN holders could earn 20% APY on their holdings if they deposited them into their Binance savings account.

Momentum for the project continued to build over the following weeks as movements in the token price began to attract additional attention.

The solutions offered by the network have also helped increase its user base, with products like the nMobile messenger which offers a private messaging service capable of competing with WhatsApp and nConnect which is a unique remote access solution with a focus on maintaining security and privacy.

According to NKN co-founder and co-CEO Bruce Li, the performance of NKN over the past month is largely tied to the overall bullish sentiment of the wider crypto market and the recent focus on Web 3.0 infrastructure-related projects like Filecoin (FIL) and Storj.

Li also highlighted the impact that miners have on the market and pointed to NKN’s strong mining community and its focus on Web 3.0 as driving forces behind the recent growth of the protocol.

“NKN happens to be both Web 3.0 infra (networking and data transmission) and have a strong mining community. 30% of NKN tokens are mined or to be mined.”

For those who prefer to see institutional investment into a project to validity its contender status, Li highlighted the fact that Coinbase Custody offers support for NKN, which according to him indicates a “certain level of quality for the project.”

As the foundation for Web 3.0 continues to be laid and decentralized projects step into mainstream awareness, NKN has quietly positioned itself to see further upside as blockchain technology becomes further integrated with technical and financial infrastructure.