The price of XRP saw a 55% breakout over the past two days as the sixth-ranked cryptocurrency by market capitalization has renewed its focus on the creation of a cross-border payment network that is inclusive and sustainable.

Data from Cointelegraph Markets and TradingView shows that XRP dropped to a low of $0.566 in the early hours on April 4 before a wave of trading volume helped lift its price to a high of $0.877 within the last few hours. 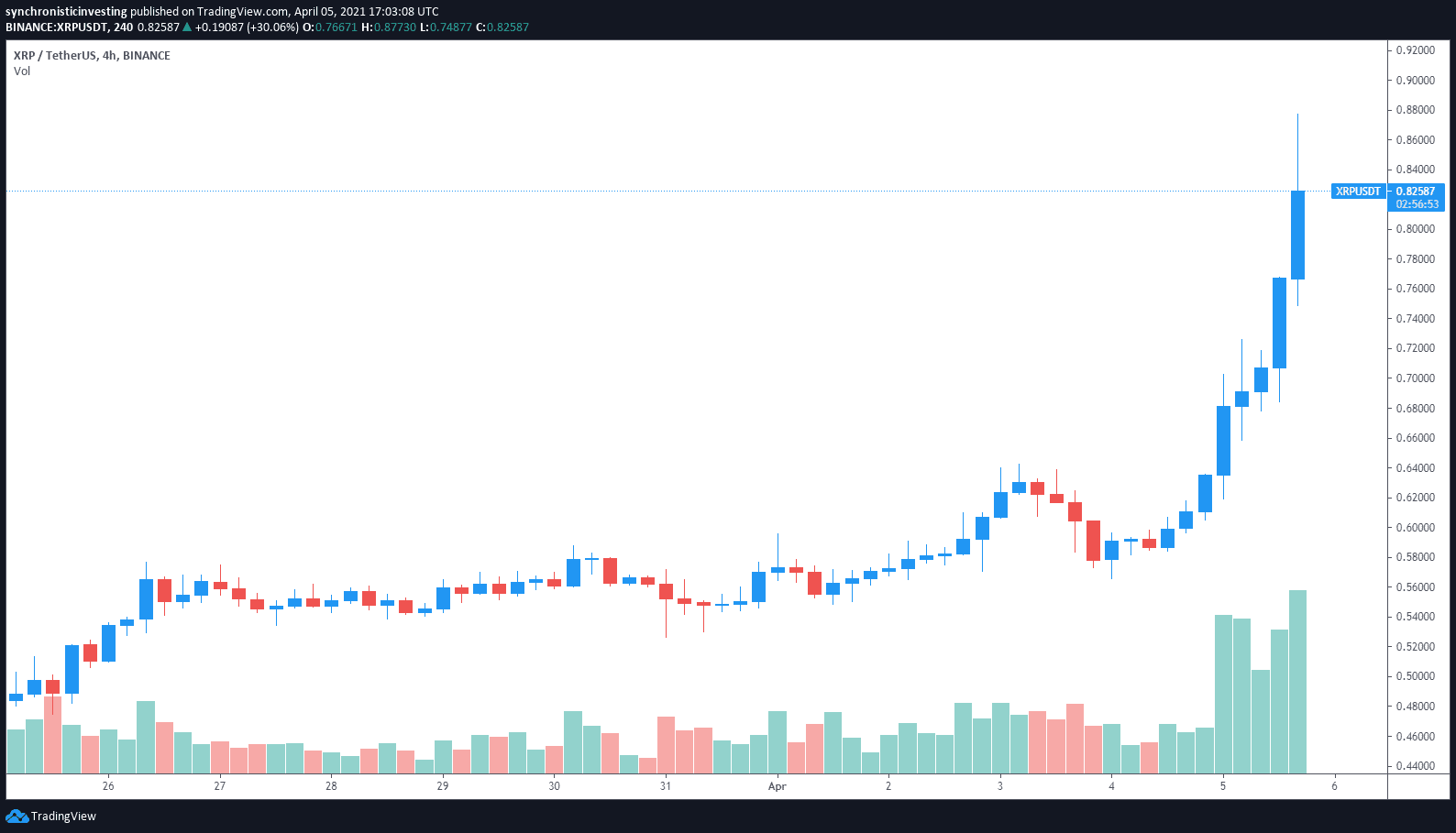 The uptick in trading volume was sparked after Ripple posted a blog titled “Creating a More Financially Inclusive and Sustainable Future” that discussed how the project has partnered with “mission-driven financial technology companies, leading universities, NGOs, foundations and social entrepreneurs to create greater economic fairness and opportunity for all.”

A second wave of buying took place on April 5 after Ripple posted the following announcement detailing its most recent acquisition designed to enhance its cross-border payment capabilities:

Combined, these recent announcements have led to a 257% increase in XRP trading volume over the past two days, from an average 24-hour volume of $5 billion on April 4 to $18.4 billion traded on April 5.

While this rally caught many traders by surprise, VORTECS™ data from Cointelegraph Markets Pro began to detect a bullish outlook for XRP on March 31, prior to the recent price rise. 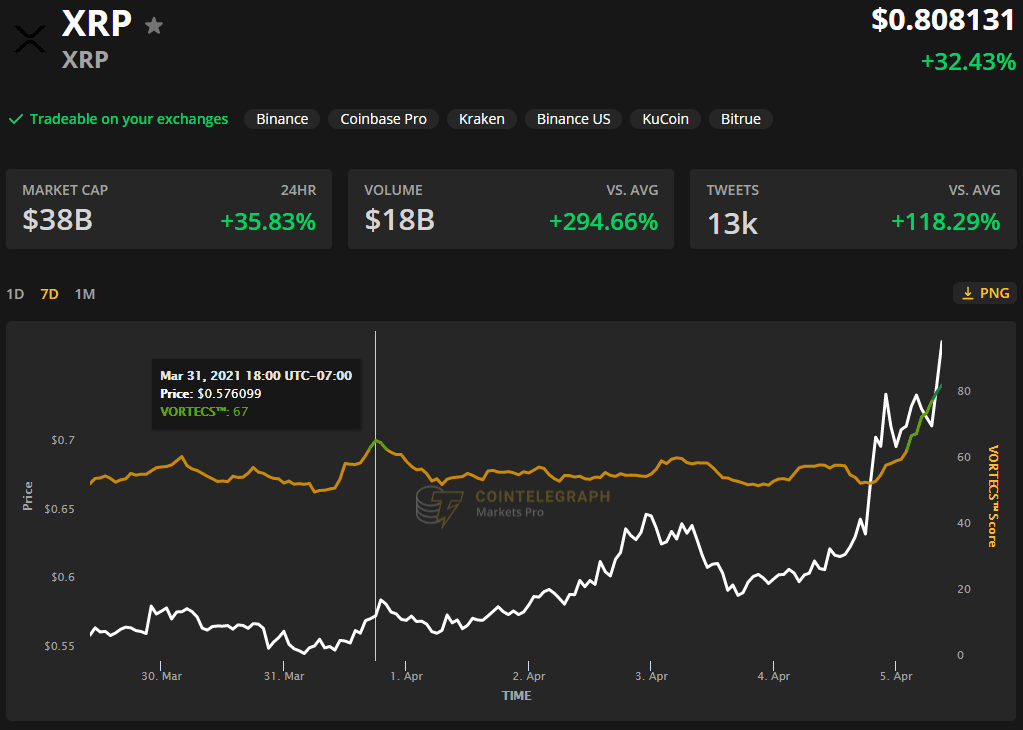 As seen in the chart above, the VORTECS™ Score for XRP climbed into the green and registered a high of 67 on March 31, roughly four days before the price began to spike.

The VORTECS™ Score also rose significantly alongside the price increase on April 5, reaching a high of 84 at the time of writing. Previous backtesting of the VORTECS™ system indicates that based on its rising score, the price of XRP may still have further upside to go, as trading and Twitter volumes continue to show significant increases.