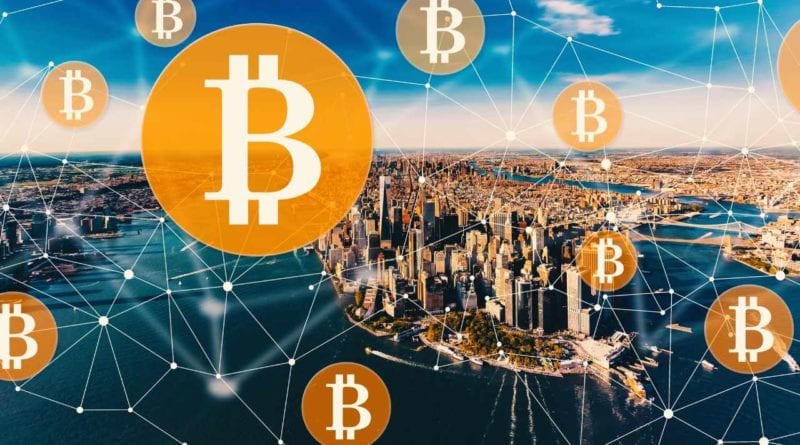 In the early hours of Feb. 20 Polkadot (DOT) trading volume began to see a significant increase which helped propel the multichain protocol to a new all-time high of $42.28.

Data from Cointelegraph Markets and TradingView shows that DOT hit a swing low at $29.36 on Feb.19 before experiencing a 44% breakout which took the price to a new 2021 high. 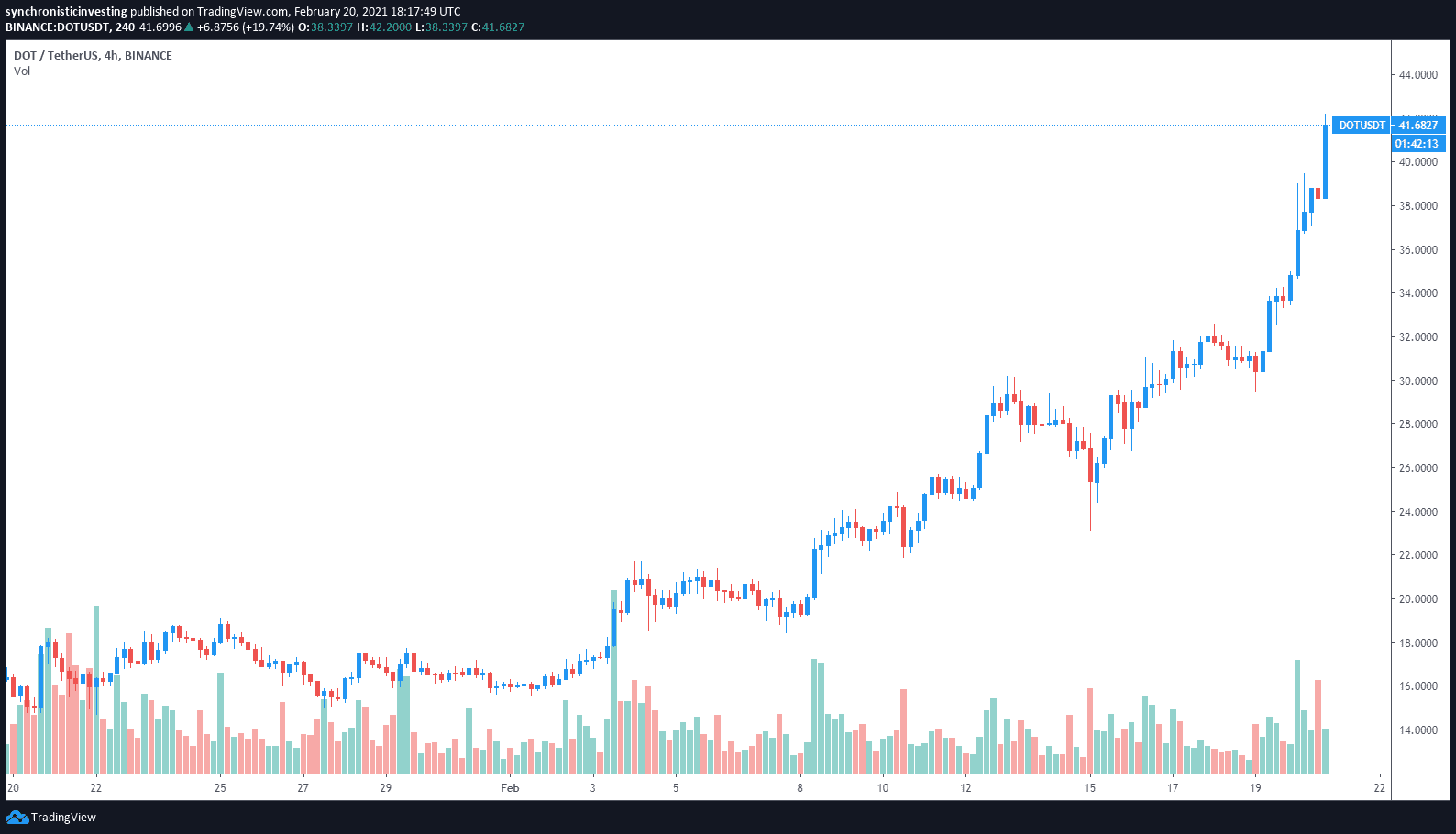 Excitement continues to build in the Polkadot ecosystem ahead of the upcoming parachain auctions which will allow the Polkadot network to connect with other established networks like Bitcoin and Ethereum.

The mechanism by which data is transferred between different blockchains is called “cross-chain message passing-lite,” and is currently being finalized during the Rococo phase of the project’s roadmap.

Once the code has been fully audited it will then be time for Polkadot governance to vote on enabling parachain functionality via a runtime upgrade, followed by a vote to begin slot auctions to add beneficial parachains.

VORTECS™ data from Cointelegraph Markets Pro began to detect a bullish outlook for DOT on Feb. 16, prior to the recent price rise. 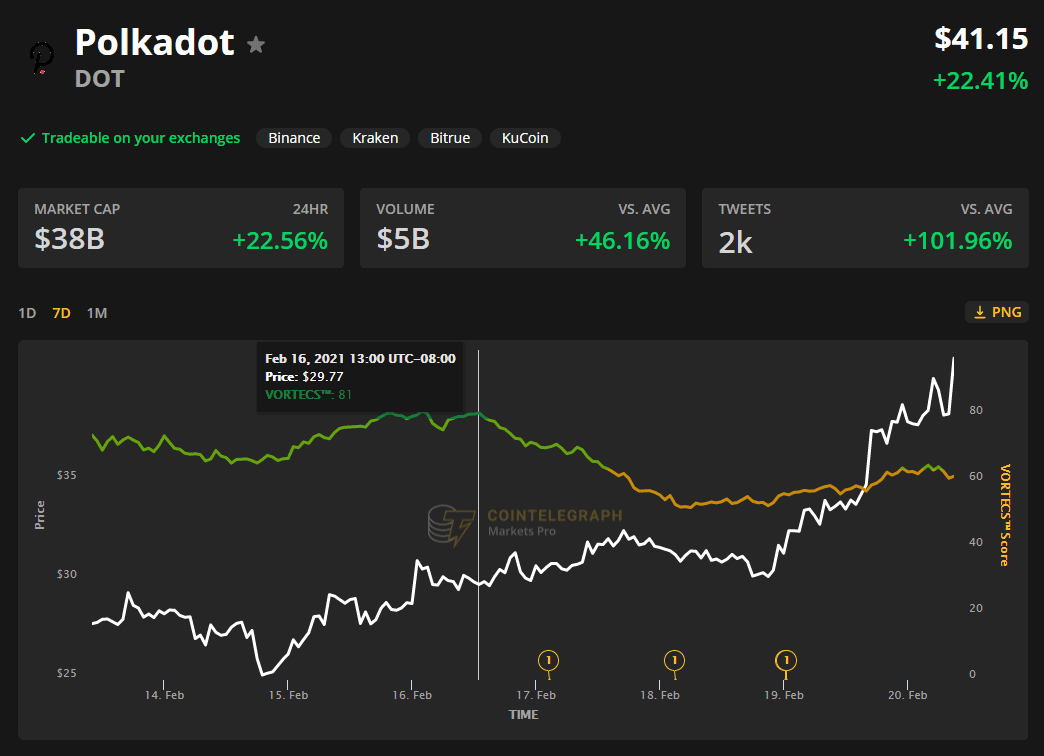 As can be seen on the chart above, the VORTECS™ score for DOT reached a peak of 81 on Feb. 16, more than 48 hours before the ensuing price spike. The data also shows a 102% increase in DOT-related tweet volume that coincides with the rise in price.

The introduction of parachains will help move Polkadot closer to its goal of becoming the go-to platform for interoperability and cross-chain transfers of data, as well as helping with the longer-term objective of creating a fully decentralized and private web that is controlled by its users.