According to the BTC MVRV-Z score, a metric that has a strong relation with the asset’s price, the cryptocurrency has increased to its highest level in about three years. However, the last time the MVRV-Z reached a similar position, bitcoin exploded by 10x in the next six months.

The analytics firm Glassnode describes the MVRV-Z score as a metric that compares market value and realized value to assess when an asset is overvalued or undervalued.

Essentially, this means that when the underlying asset’s market has experienced a sharp price movement upwards in a relatively short time and is significantly higher than the realized value, the metric indicates a market top (red zone). Naturally, the opposite development leads to a market bottom (green zone).

Bitcoin has been on a tear in the past few months, breaking barrier after barrier, tripling its value, and ultimately registering consecutive all-time highs – the latest one came at nearly $36,000.

As such, Glassnode revealed that the MVRV-Z score has increased from about 1 to 5 in the same timeframe – the highest level since the previous bull run in 2017/2018. However, the company’s graph reassured that the metric is still away from the red zone (activated at 7).

Consequently, Glassnode said that when the MVRV-Z score was at 5 during the 2017 cycle, BTC “made another 10x over the course of 6 months.” If history is to repeat itself now, a surge by ten-fold from bitcoin’s current price at $35,000 would mean $350,000 per coin.

Such a massive surge would result in a market capitalization of over $6.5 trillion – or three times higher than the world’s most valuable company’s market cap Apple ($2.1 trillion). Moreover, bitcoin would decrease the gap to gold’s market cap (about $11 trillion).

It seems that miners and bitcoin whales also expect the bull trend to continue. BTC miners, the backbone of the cryptocurrency, have refused to sell their tokens despite the record-high prices.

Further data from Glassnode indicated that Miners to Exchange Flow (1-day Moving Average) had reached a 17-month low of 1.397 BTC. The previous record was in early November 2020 – approximately at the start of the currency rally.

Additionally, Santiment said that the number of BTC addresses containing at least 1,000 coins, also referred to as “bitcoin whales,” has reached a new all-time high of 2,323. The analytics company noted that “there may not be a more notable bullish metric than” the behavior of whales. 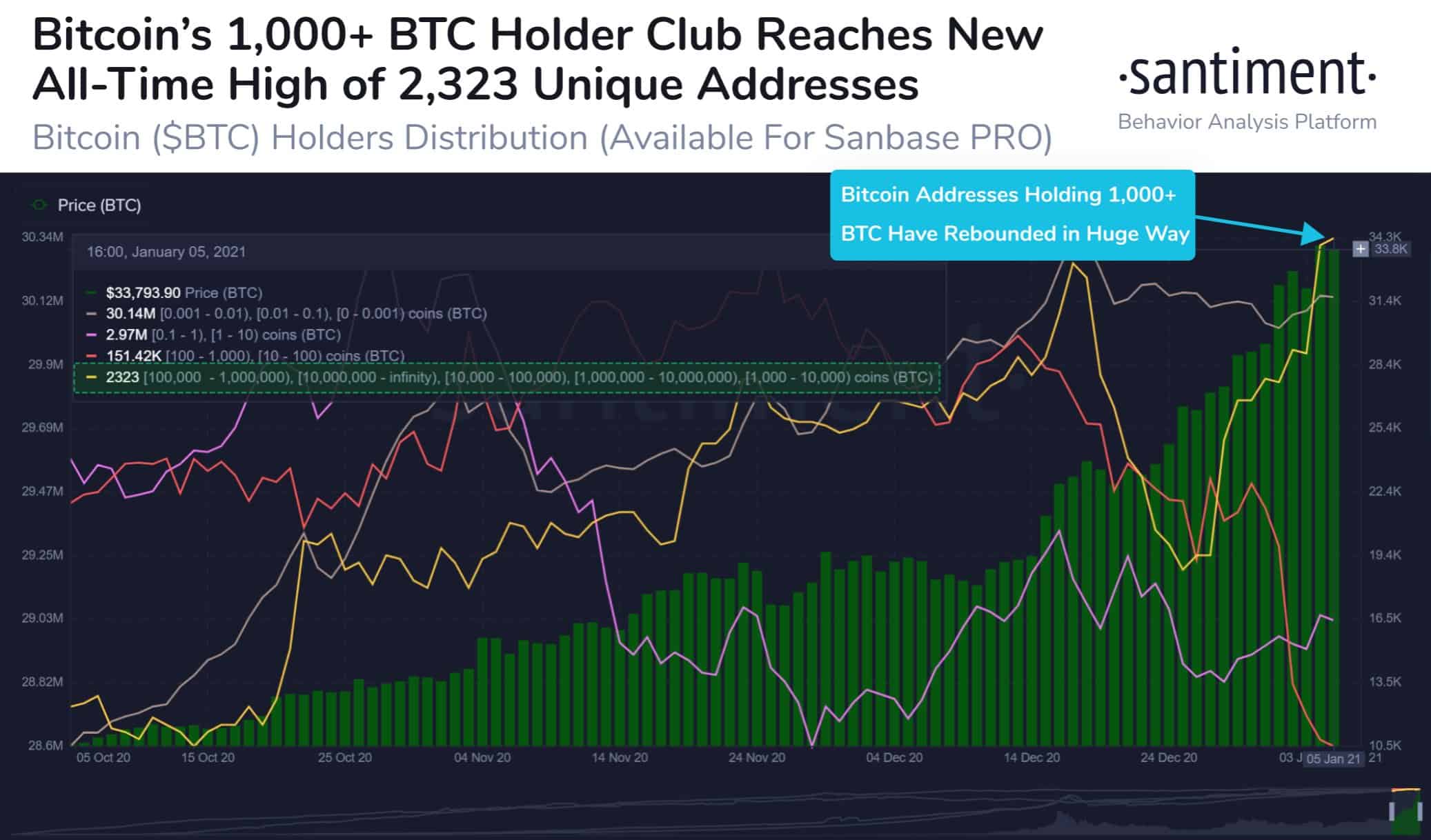 Did you miss our previous article…
https://www.medianews.ca/2021/01/07/outstanding-price-analysis-xlm-goes-parabolic-with-100-daily-surge-whats-the-next-target/